Yeah, you know exactly what happened in July. I did lots of pretendy-driving, so, diving right in…

PretendyDriving
What’s that Mat? More Nurburgring? Why yes, obviously. Two rounds of the Nurburgring Endurance Championship on iRacing, and a couple of half-decent results took me up into the top 30 in the championship standings. There was also the 24 hours of Le Mans (not a special event, obviously, just part of a season of 24 hour long endurance races, because screw you, ACO) which involved A Lot of driving.

Due to driver availability, one of the team was front-loaded, leaving the interesting schedule of a race which started at 8:30am, me not driving until 1:30pm, doing a double-stint (around two hours) then not driving again until roughly 1:30am when I would take over the car for a planned triple stint. I say “planned” because unfortunately the teammate who was due in the car after me slept through his alarm, and I ended up driving a couple of laps short of a quintuple-stint! 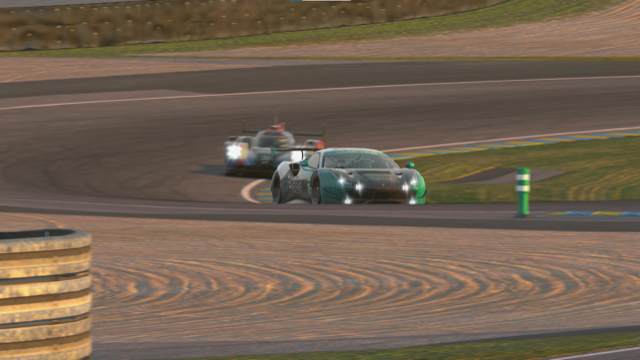 As far as the all-unimportant numbers go, endurance races are excellent for safety rating which hit (the maximum) 4.99, and a couple of decent finishes in some other races as well as the Nurburgring Endurance Championship had my iRating up into the 1600s for the first time, which was nice.

New Toys
Well, new old toy, I finally got around to building my 3D printer kit, which is definitely not the latest and greatest, but it’s still pretty much magic. It’s still very early days, but I’ve made a few useful things, amongst the “interesting artworks” that failed prints can be.

Random Link A quick read that I found interesting this month, although I will apologise for it being on medium, and also for mostly being a teaser/hook for a book, which I haven’t read, although if I ever start reading books again, I’ll probably grab a copy. Anyway, it has the title The Real Reason Why You Sabotage Your Own Goals, and introduced me to the term psychological reactance which might be a new term to me, but it certainly isn’t a new feeling.